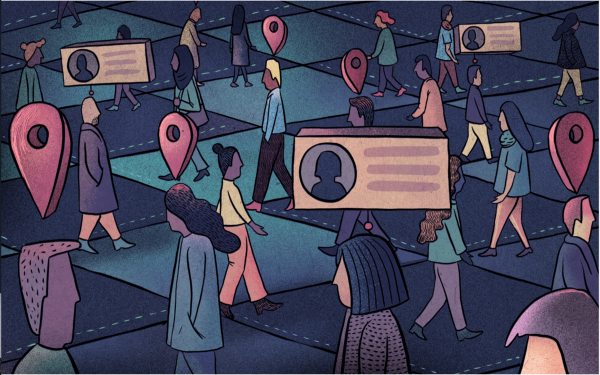 Dear Backchannel readers, it’s Jessi this week. Here’s what you should know: No one needs to build a Muslim registry to provide tools for targeting Muslims. It exists already. Under our noses, a private outfit is making software available to local law enforcement agents; it uses all the social networking tools to which we’re accustomed — location-sharing, comments — to target our Muslim neighbors legally and without cause.

A Virginia-based outfit describing itself as a “grassroots national security organization” called ACT for America, in concert with former FBI agent John Guandolo, created the Thin Blue Line Project, a website intended to assist federal and local law enforcement with finding and targeting radicalized Muslims. A company press release boasts the service is being used by members of the NYPD, the FBI, Homeland Security, ICE, and Border Patrol. It offers training videos, tips on catching terrorists, a live stream of news, a message board, and, most importantly, a national map that geolocates Muslim targets.

Former lawyer Jessica Pishko brought the idea for this story to Backchannel last fall. Jessica had been tipped off by folks at the Southern Poverty Law Center. In trying to report the piece, she was stonewalled by pretty much everyone. No one wanted to talk about this. Yet Jessica was able to dig up a lot of information through background conversations with experts working in law enforcement. She worked closely with Backchannel editor Alexis Sobel Fitts to piece together a more complete narrative about how The Thin Line Project came to be, and who may be using it.

What distinguishes this story is the perspective Pishko brings to the project. Yes, it’s highly political. The Southern Poverty Law Center considers ACT for America an anti-Islamic hate group. It counts recently appointed National Security Advisor Michael Flynn as a member of its board. But Jessica does more than just point this out. She illustrates how allowing small outfits like this to operate in our local community—encouraging law enforcement agencies to adopt racist policies—sets the stage for justifying the new administration’s actions targeting Muslims.

This outfit has been in operation since 2013, yet until now, there have been no deeply reported features examining its practices. This is technology in action. This is why Backchannel exists. Please read it (you can find it here), share it, and help us advance this story.

Here’s Exactly How the Internet Is Now Under Threat: Columnist Susan Crawford interviews Obama’s FCC head Tom Wheeler. On new FCC chairman Ajit Pai, he says: “When I came in, I set up with each commissioner a date every other week — an hour for the two of us just to sit without staff and talk. For the last 18, 24 months he canceled every meeting. It’s hard to work for consensus when you won’t sit down with each other.” Noted.

How Airbnb Stopped Playing Nice: In an excerpt from his new book, The Upstarts, Brad Stone writes about Airbnb’s dueling realities: “It wanted to be seen as an innovative hospitality brand bringing strangers together and providing authentic, intimate travel experiences. But it was also an internet marketplace that, like all such marketplaces, could not fully guarantee the scrupulous behavior of its hosts or the actual conditions its guests encountered.”

Inside Dropbox’s Identity Overhaul: Reporter Scott Rosenberg spent time with Dropbox CEO Drew Houston in advance of the company’s latest release. Writes Rosenberg: “With Paper and the other new team-oriented changes, Houston hopes people will stop thinking of Dropbox as just ‘a home for your stuff.’”